I found myself facing two questions when I finished Leonardo DiCaprio’s new movie “The Revenant”. It took me more than 2 weeks to write this. The questions were :
-Is it Leonardo’s best movie? -In my opinion- ?
-How do I feel about revenge?

To answer the first question, I think Leonardo had more amazing movies before that took my breath away, or made me think and try to dig deep beyond the questions that I’m asking myself. I remember that I saw Inception more than two times, and still feel like I could watch it again. The role that he played on “Django Unchained” was one of my favorite acting performances ever. And the list goes on. I just want to remind you of The Great Gatsby, Shutter Island, Revolutionary Road, all were brilliant and he owned every single character.
But, if I move the story to the side for a minute and try to think about Leonardo in “The Revenant “, he was a real star that could force you to not move your eyes away. Every part of his body was IN the character. I was not even paying attention to any other element as much as what Leonardo was doing. And I really hope that he gets his first Oscar this year, but I wish that when he wins it, he earns it with one of his greatest movies, and I do not think this movie, on the whole, is his greatest. 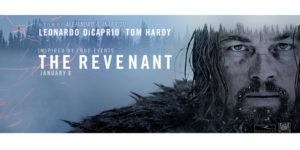 The second question, hmmm, is what this movie made me think about. This idea is what took me so long to finish this blog. I’m facing the ultimate issue that I asked myself about revenge because if I looked at it from the victim’s perspective, I can not say I understand what it is -the main character at the movie was going through losing his son in front of his eyes. It’s one of the Unimaginable things that no one could possibly understand until it happens to you, but I could try to understand. I do not believe in revenge as much as I believe in punishment; everyone has to answer for what he does.

Sometimes, even in stories that I come across in real life I cannot give advice to the victims that revenge is or isn’t an answer to your suffering – no matter what is the story- I just find it so hard to make a decision about things I did not face and I hope that I never have to.

I read somewhere that someone said “this violent movie will encourage people to seek revenge ……..etc” but it’s a human experience and any type of art for me is what pushes us to face reality, with all it’s ugliness, and think about things We’d never think about.

I might never write about “Revenge” if I did not read a book or watch a movie like this. And throughout the movie we saw someone’s experience and someone’s choice– how did he chose to deal with what this life made him face, and it’s our choice to agree or disagree with him.

It is amazing how much we can experience through books and movies– seeing someone suffer is not easy and we can feel it and see it, that helps us understand more about the human experiences that we may never face. It’s not necessarily something that encourages us to be violent, rather it could make us see how people suffer if they face a violent situation or when they become victims. Each one of us decides for him/herself -Individually- what kind of a person do you want to be? It’s totally your choice. 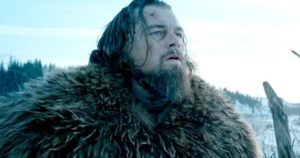